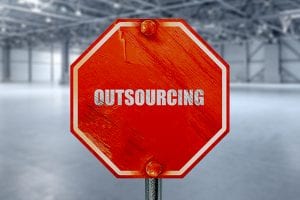 The IAM has sent letters to Senators and members of the U.S. House of Representatives urging them to support the End Outsourcing Act (H.R. 6121, S. 3425).

The IAM needs you to take action by asking your Senators and House Representative to co-sponsor the legislation.

This important legislation, introduced by Rep. Mark Pocan (D-WI) and Sen. Kirsten Gillibrand (D-NY), would utilize the tax code as well as the federal grant, loan and contracting process to stop the rampant outsourcing of U.S. jobs to foreign nations and help bring these jobs back on to U.S. soil. Protecting U.S. jobs is an increasingly important issue as the nation weathers the economic impacts of the COVID-19, a pandemic that has already resulted in many job losses.

“For far too long, U.S. businesses have been free to outsource U.S. jobs to low-cost, low-wage nations in search of ever-increasing cost reductions and short-term profits,” IAM International President Robert Martinez Jr. wrote. “It is estimated, based on Trade Adjustment Assistance certifications, that nearly 200,000 U.S. jobs were outsourced in the first two years of the Trump administration alone.”

In addition to changing the tax code to make outsourcing less attractive, the legislation would punish outsourcing employers when they seek federal contracts, grants and loans by establishing a negative preference of at least 10% for employers who have outsourced in the previous three years.