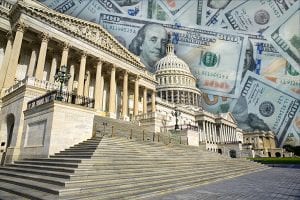 The GOP has released the details of their latest COVID-19 relief legislation named the “HEALS Act.” The proposed legislation not only cuts unemployment benefits to the 20 to 30 million Americans who are currently out of work, but falls short in just about every area of concern for working families.

“This legislation is a slap in the face to working people in this country,” said International President Robert Martinez Jr. “They have no problem handing out a trillion dollars in tax cuts to corporations, but want to nickel and dime unemployed Americans at a time when they need it the most. It appears the Senate may go on summer recess a week from now without bringing a bill to a vote, leaving millions of Americans to fend for themselves when additional pandemic economic compensation ends this Friday. They need to pass a relief package that benefits the people they are supposed to be representing.”

Contact your Senators now and tell them to pass a relief package that helps working people.

In addition to gutting pandemic unemployment compensation by $1600 a month, the HEALS Act shortcomings include:

Legislators are running out of time, as many of the provisions in the last COVID-19 relief package are about to expire, some as soon as the end of this week.

“Disaster is on America’s doorstep,” said House Speaker Nancy Pelosi (D-CA). “Republicans need to get serious immediately, and work with Democrats to save lives and livelihoods during this devastating time.”

“One of the few things that’s kept our economy from deteriorating further is that these unemployment benefits have boosted consumer spending,” said Senate Democratic Leader Chuck Schumer (D-NY). “That’s why economists say the Republican proposal would cost us over a million jobs this year, and 3.4 million jobs next year.”