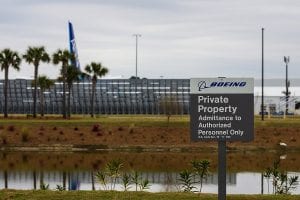 A federal complaint has been issued against the Boeing Co. for unlawfully firing and disciplining IAM supporters at the company’s North Charleston, SC plant. The National Labor Relations Board is moving forward with charges that Boeing wrongly fired five flight line employees and disciplined union supporters more harshly than other workers.

The complaint comes eight months after an NLRB regional director had found merit in the IAM’s cases. A group of 176 Flight Line Inspectors and Technicians voted nearly 2-to-1 in May 2018 to join the IAM and had to deal with threats due to their union support.

Relief under the terms of the complaint may include back pay and reinstatement for terminated employees and requiring public statements be read by Boeing management to the flight line.

Boeing has until April 23 to respond to the complaint.