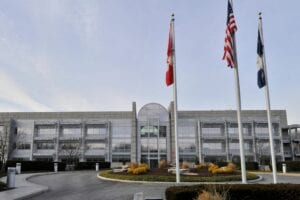 In accordance with Article III of the Constitution of the International Association of Machinists and Aerospace Workers (IAM), nominations for Grand Lodge office for the term ending June 30, 2025 were conducted in January 2021. As a result of those nominations, the following officers were elected by acclimation (without a challenger):

The General Secretary-Treasurer position was contested and a secret ballot election was conducted at local lodge meetings on April 24, 2021 and by absentee ballot.

In accordance with the Constitution, the Tellers began the count on May 1, 2021. Counting continued from day to day in front of any candidates or designated observers, until completed on May 7, 2021.

Dora Cervantes received the highest number of votes cast and is the successful candidate with 5,598 votes. The challenger received 3,416 votes.

Elected officers will begin their term on July 1, 2021.

Click here for the formal summary tally report for all Local Lodges signed by the Tellers.

Click here for the report of votes cast by local lodge.